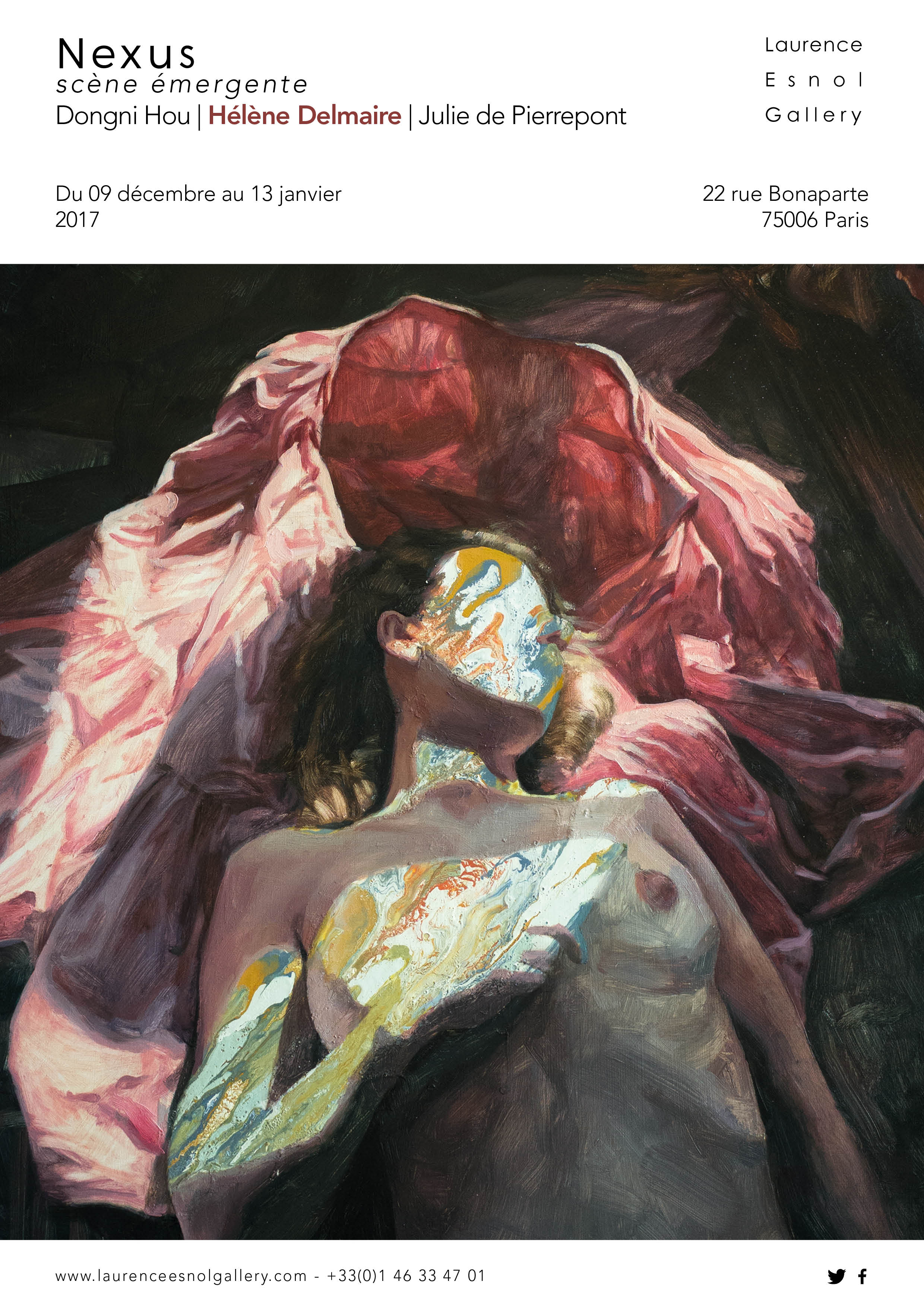 Hélène Delmaire is a 29-year-old artist from Lille. Drawing from her years of academic training in Florence, she is in line with a figurative tradition, exploring a feminine plant realm which delves into the meanders of the unconscious. Her work has appeared on several occasions both in Europe and in the States.