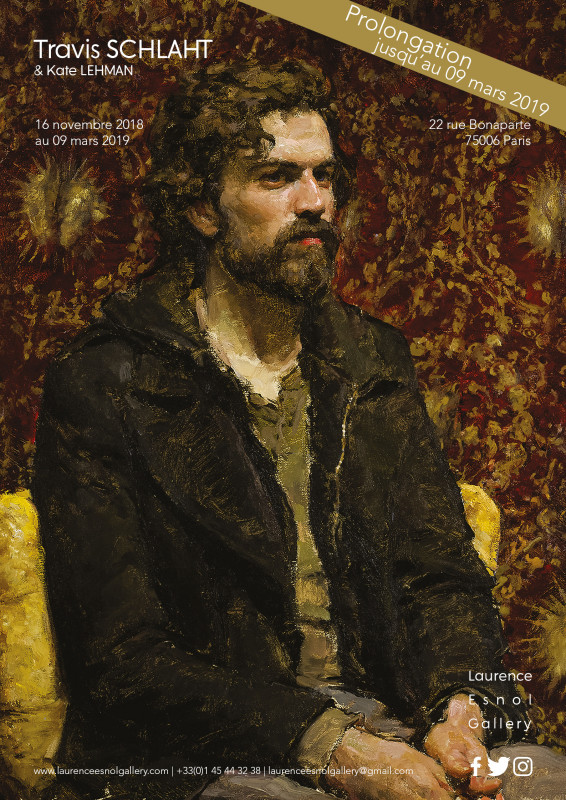 As for Travis Schlaht, he never considered becoming a painter. For him, painting and drawing are a second skin. Travis Schlaht experiences the world through his art, never freer or safer as when he is painting. His work acts as a filter, boosting our perception and understanding of places and people. Ultimately, it is a vital tool for detaching ourselves from the commotion of the world, and in so doing, revealing its essence. Spending hours with his models, he offers portraits that go well beyond fixed representations of glimpsed faces. Barely grazing his canvases with meticulous brush strokes, he shapes chiseled landscapes and still lifes to reveal bouquets of feeling, effortlessly communing with his surrounding world.

Far from precious, old-fashioned classicism, Kate Lehman and Travis Schlaht’s work is an invitation to slow the pace of our frenetic lives and focus on the range of human qualities in a celebration of simple contemplation. Universal. Topical.